Little Miss Bossy is so bossy, she told Mr. Nosey to mind his own business, Mr. Noisy to shut up, and Mr. Happy to take his smile off his face, so Wilfred the Wizard gives her a pair of boots who have a mind of their own and don't listen to her because she is so bossy. After this, Little Miss Bossy learns her lesson and is never bossy again.

Little Miss Bossy has appeared in the Mr. Men Show in Season 2. She kept her blue color and circle body. Her hat is pointy on the bottom sides and it floats, her flower has no stem so it is attached to the side of her hat, and she has eyelashes. The stripe on her hat is light green. She runs her own Arts & Crafts Camp in "Art & Crafts" (only in US version). She is voiced by Sophie Roberts (Cheryl Chase) (US) and Alex Kelly (UK).

A clipart of Little Miss Bossy 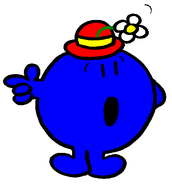 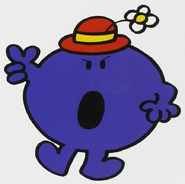 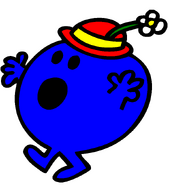 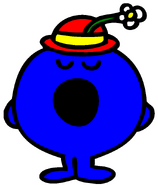 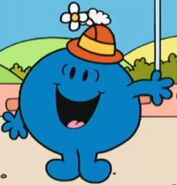 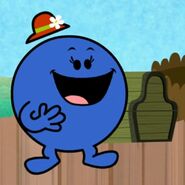 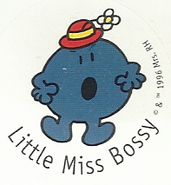 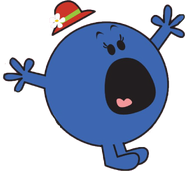 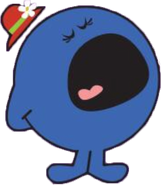 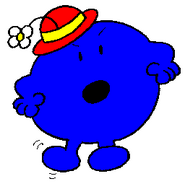 She's a bossy boiler
Add a photo to this gallery

Retrieved from "https://mrmen.fandom.com/wiki/Little_Miss_Bossy?oldid=52395"
Community content is available under CC-BY-SA unless otherwise noted.