Little Miss Brave is the thirty-ninth book in the Little Miss series by Roger Hargreaves and the ninth one created by Adam Hargreaves.

She was made for the series' 50th anniversary special and was one of 5 characters who fans could vote for to become a permanent part of the series.

On 16 May, 2021, it was announced that she and Mr. Calm won the vote and will be turned into official books. The publication will be sometime in September.

Name in other languages 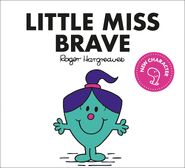 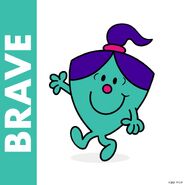 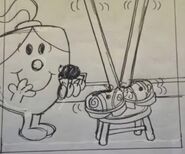