Little Miss Daredevil is a new Little Miss created for The Mr. Men Show. Little Miss Daredevil loves to go to the extreme. She loves fast cars, boats, bikes, and rockets. She even owns a collection of airplanes. On a more comical side, her antics end up harming Mr. Quiet (but once, Miss Calamity and Mr. Bump) in some way, and he's almost always the guinea pig to her actions. They don't interact much in Season 2 because she moved on to Mr. Nervous. In the U.S. version of the show, she has a rowdy youngster voice, and a refined British accent in the UK/AU version. In the UK/AU and US Versions, she is voiced by Katie Leigh and Teresa Gallagher. In the French version, she is called Madame Supersonique.

Little Miss Daredevil without her helmet 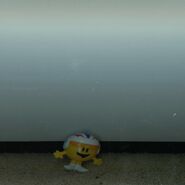 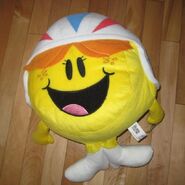 Retrieved from "https://mrmen.fandom.com/wiki/Little_Miss_Daredevil?oldid=63394"
Community content is available under CC-BY-SA unless otherwise noted.