Little Miss Inventor is the thirty-eighth book in the Little Miss series by Roger Hargreaves and the eighth one created by Adam Hargreaves. It was released on 8 March 2018.

Little Miss Inventor can invent anything, such as the backpack-snack-attack fridge for Mr. Greedy and a chatter-natter hat for Mr. Chatterbox , but she's stumped when asked to invent something for Mr. Rude , but decides to build him something that made noises which made everyone laugh more.

Character in other appearances 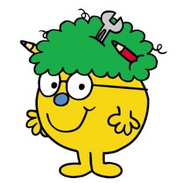 What will she think of next? 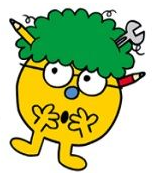 Retrieved from "https://mrmen.fandom.com/wiki/Little_Miss_Inventor?oldid=63181"
Community content is available under CC-BY-SA unless otherwise noted.