Mr. Men Wiki
Register
Don't have an account?
Sign In
Advertisement
in: Little Miss, Brown characters, Round characters,
and 13 more

Little Miss Magic is the eighth book in the Little Miss series by Roger Hargreaves.

Little Miss Magic appeared in the second season of The Mr. Men Show. She kept her round body, yellow nose, and brown hair, but she is now fully orange and a black top hat that floats with a pink flower similar to Little Miss Bossy's flower replaces her green striped bow. A pair of fuchsia Mary Janes with sparkles replace her red sneakers, and her freckles are no longer visible. She has a Scottish-Welsh accent in the original US version and an Irish accent in the UK dub. Her teleporting seems to amuse everyone, especially Miss Scary and Miss Chatterbox, but Mr. Fussy thinks it's rude. Her spells go 'Bibbledy-boop and Bibbledy-(insert rhyme)', but are also completely unreliable, often producing results other than the intended ones.

In several episodes, she accidentally used her magic to transform certain characters into items depending on the situation. A listing of such transformations can be found on this page.

This is a list of characters that appear in the "Little Miss Magic" story. 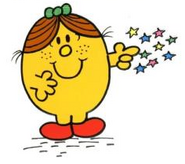 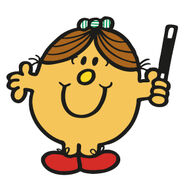 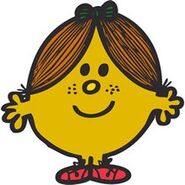 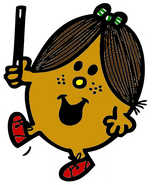 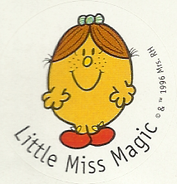 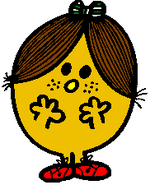 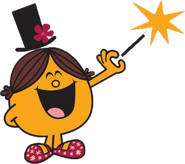 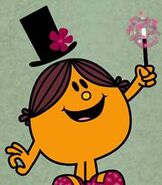 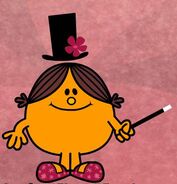