Mr. Men Wiki
Register
Don't have an account?
Sign In
in: Little Miss, Blue characters, Round characters,
and 7 more

Little Miss Stella is part of the Little Miss series of books, by Roger Hargreaves. She is based on a real person: Stella McCartney, a fashion designer and daughter of rock star Paul McCartney. Produced in a limited edition of 1000 books as fashion show invitations.

Little Miss Stella is good at making clothing for the Mr. Men and Little Misses, but when she runs into a little miss named Little Miss Nobody, she needs to find a way to make her a somebody. 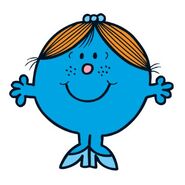 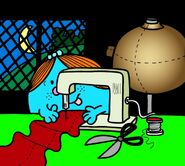 She is a fashion designer around the clock 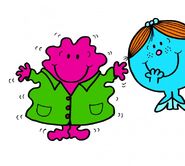