Little Miss Trouble is the sixth book in the Little Miss series by Roger Hargreaves. Oh I do so love to cause trouble! 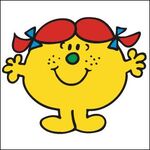 Bah! No trouble to cause! 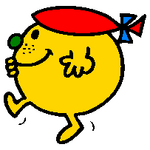 Retrieved from "https://mrmen.fandom.com/wiki/Little_Miss_Trouble?oldid=69343"
Community content is available under CC-BY-SA unless otherwise noted.