Mr. Adventure is the forty-ninth book in the Mr. Men series by Roger Hargreaves and the sixth one created by Adam Hargreaves. It was released on 4 October 2016.

Mr. Adventure loves to see the world, but one day he went to the beach and he thought that it was boring. He wanted the thrill and excitement of an adventure holiday. When he does get the chance to go, he would go to places such as remote islands, diving under the sea to discover sunken shipwrecks, or a tropical jungle. Unfortunately, he couldn't afford a holiday. So he decides to get a job as a postman to earn enough money for a holiday. He thought that posting letters into mailboxes were boring. To make things more interesting, he climbed the wall of each house and posted each letter down the chimney.

Next job that he got was a plumber. Once again, he found that fitting pipes and repairing rooftops was boring. So he took out his canoe while fixing a leak. To him, it makes everything look exciting, but other people don't like it when they have their houses flooded. Then he got another job as a firefighter, which he didn't find boring to his liking at all. After the firefighting job, Mr. Adventure can afford to travel the world.

Title character and other appearances

An early prototype of Mr. Adventure

Wanna go on an adventure? 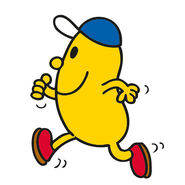 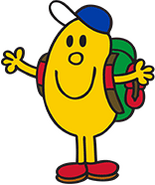 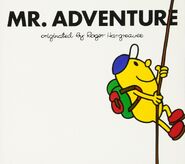 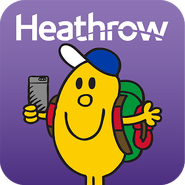 Mr. Adventure on the Heathrow app 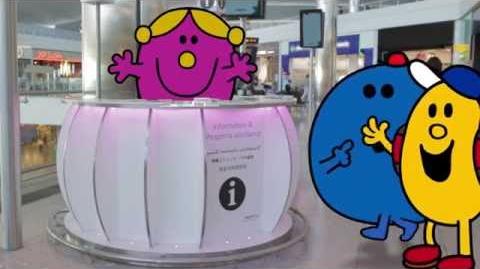