Mr. Jelly is on the beach with Mr. Lazy. Mr. Jelly is too scared to do anything incase something bad might happen to him, and Mr. Lazy is too lazy to do anything but sleep. So he tells Mr. Jelly to relax in his rubber dinghy, except a huge storm sweeps Mr. Jelly away and lands him on a desert island where a bunch of Pirates have come to claim him as their cabin boy. But every time Mr. Jelly tries to keep the ship in good order, he feels so scared that even the crew fear for his saftey, much to the Captain's dismay. So in the end, they take Mr. Jelly home and he is not very pleased with Mr. Lazy's idea. 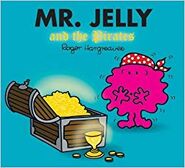 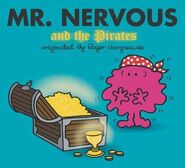 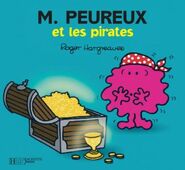 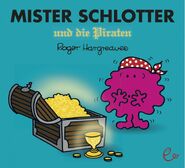 German cover
Add a photo to this gallery
Retrieved from "https://mrmen.fandom.com/wiki/Mr._Jelly_and_the_Pirates?oldid=57893"
Community content is available under CC-BY-SA unless otherwise noted.