"I'm not very good with anything that involves work."
— Mr. Lazy, Paint, The Mr. Men Show

Mr. Lazy is the seventeenth book in the Mr. Men series by Roger Hargreaves.

Mr. Lazy is always lazy/sleepy, and he lives in Sleepyland, where there are only four hours a day, as opposed to 24, and it takes two regular hours for water to boil and three regular hours for bread to toast. One day, Mr. Lazy sits down for a nap, and is awoken by Mr. Busy and Mr. Bustle. They overwork him, until Mr. Bustle blows a whistle, requiring Mr. Lazy to run as fast as he can. Mr. Lazy runs, but his legs don't get him anywhere because he is sitting on a chair in the garden. He wakes up to realize it was all a dream, and the whistle was the kettle boiling in the kitchen. He sits down to have breakfast, and the dream really happens.

In the 2008 TV series The Mr. Men Show, he is more "lazy" rather than "sleepy" as he was in the books and hates work. His color is changed from pink to green, his shape changes into a more angular, slouched over shape and his hat changes into a appears pink newsboy-style cap that covers his eyes (which are briefly shown in Pirates). He also wears socks and flip flops. He lives in a camper-style trailer, with the garbage cans and mailbox overfilled with trash and mail, respectively. In the US and UK Versions, he is voiced by Phil Lollar and Tim Whitnall.

Mr. Lazy appears under the titles 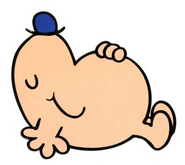 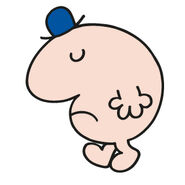 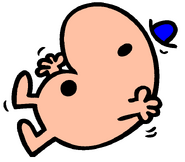 Wake up! Wake up, you sleepyhead! 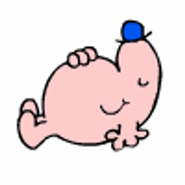 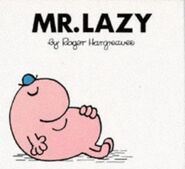 Pre-1996 cover of Mr. Lazy
Add a photo to this gallery

Retrieved from "https://mrmen.fandom.com/wiki/Mr._Lazy?oldid=52397"
Community content is available under CC-BY-SA unless otherwise noted.