Mr. Men is a British book series created by Roger Hargreaves in 1971. The first book from the Mr. Men franchise was Mr. Tickle and came out along with Mr. Greedy, Mr. Happy, Mr. Nosey, Mr. Sneeze, Mr. Bump, and Mr. Snow. After this seven men, thirty-two men followed.

Roger passed away in 1988 after and rights to his works were handed over to family. Mr. Men creation was handed over to Viviane Cohen (writer), Evelyne Lallemand (translator) and Colette David (illustrator) in the 90's. The trio added Mr. Brave, Mr. Grumble, Mr. Perfect and Mr. Cheerful to the library and several other characters to the French (Exclusive) Library.

A decade later, Adam Hargreaves picked up to start illustrating the books and later to write some of his own, which he continues to this day. His first additions in 2003 were Mr. Cool, Mr. Rude, Mr. Good. 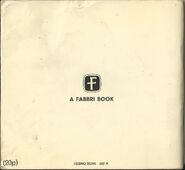 The first ever back cover from 1971 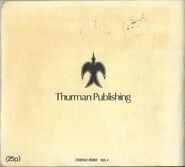 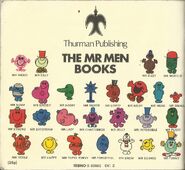 The third back cover from the mid 1970's 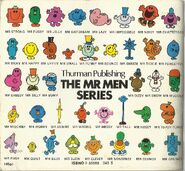 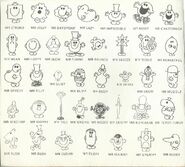 The inside cover of the mid 1980's publications 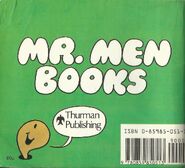 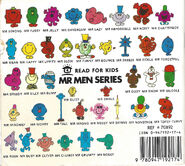 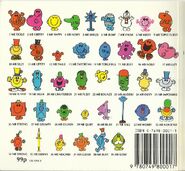 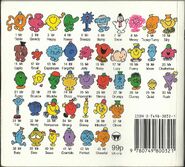 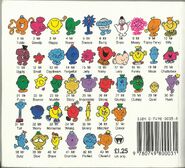 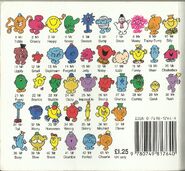 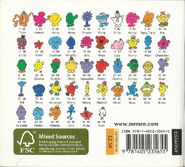 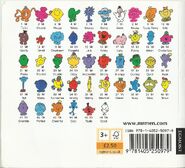 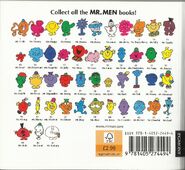 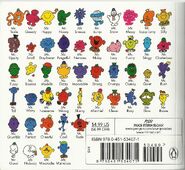 The North American back cover from 2016 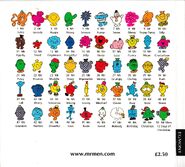 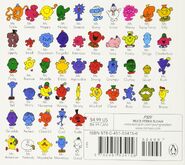 The most recent back cover of the US publications Back of the German publications from the 1980's
Add a photo to this gallery
Retrieved from "https://mrmen.fandom.com/wiki/Mr._Men?oldid=65077"
Community content is available under CC-BY-SA unless otherwise noted.