Mr. Nosey is the fourth book in the Mr. Men series by Roger Hargreaves.

The character of Mr. Nosey lives up to his name, along with his big nose. He is always snooping around in other people's business, much to their annoyance. The people hold a meeting and make a plan, so that every time he is being nosey, something bad happens. First he wanders into a house where Mr. Brush the painter paints his nose, so he has to scrape it off with a hard brush which is painful. The he looks over a wall and gets a clothes peg snapped on his nose. The he peeps behind a fence only to get hit by a hammer on his nose. The next day he finally learns not to be nosey and never is again, and then he becomes friends with everyone.

In the daily syndicated comic strip, Mr. Nosey's nose was drawn shorter, fatter, and more rounded at the tip.

In The Mr. Men Show, Mr. Nosey (spelled Mr. Nosy in the US version) is often seen around his best friend Mr. Small. He lives with Mr. Small in a observatory with a large telescope that comes out of the roof. He is in the possession of several high-tech gadgets that aid him in his curious quests. He may be stronger than Mr. Strong because in the episode Lake, he accidentally breaks the wooden platform when he jumps up and down on it which also causes Mr. Small to be flung into the air and then jumps into the lake for a swim. He also has a Durham accent in the UK version and a Canadian accent in the US version. In the US and UK Versions, he is voiced by Danny Katlana and Steven Kynman. He is first seen in the episode, Physical. 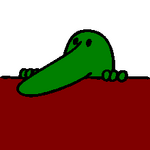 Mr. Nosey has a nose that's far too long

I wonder what's going on here? 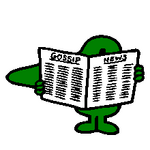 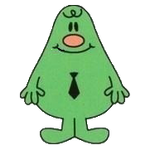