Mr. Perfect is the forty-second book in the Mr. Men series by Roger Hargreaves. He was created by two writers, Viviane Cohen and Evelyne Lallemand and an illustrator, Colette David.

Everything about Mr. Perfect is just perfect. He never has a bad day or anything. One day he hosts a party and invites everyone over, including the ill-mannered Mr. Snooty who never has a nice thing to say to anyone. His guests enjoy the party so much, but Mr. Snooty complains about it too much. At the end he says to Mr. Perfect that his biggest flaw is that he has no problems.

Mr. Perfect appears under the titles

Title characters in other appearances 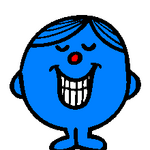 Perfect in every way 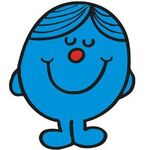 Nothings to perfect for anyone and no ones perfect

Retrieved from "https://mrmen.fandom.com/wiki/Mr._Perfect?oldid=75101"
Community content is available under CC-BY-SA unless otherwise noted.