Mr. Sneeze lives in Shivertown, the capital of Coldland, where everybody has a red nose from all the sneezing. Mr. Sneeze doesn't like sneezing all the time, and makes a long journey to help him stop sneezing. He meets a wizard to which he explains the story. The wizard teleports the two to Coldland, and the wizard uses his magic to warm up the place. Nobody has red noses anymore, not even Mr. Sneeze. His sneezes appear to be weaker than Mr. Stubborn's sneezes in the second season of The Mr. Men Show. 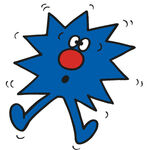 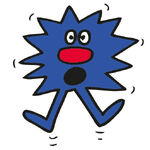 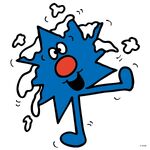 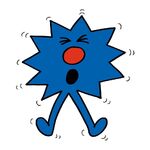 Retrieved from "https://mrmen.fandom.com/wiki/Mr._Sneeze?oldid=53645"
Community content is available under CC-BY-SA unless otherwise noted.