Mr. Tickle has found out that something has burned down Mr. Clever's house, so he goes forth with determination to find out who it is that has burned Mr. Clever's house to a cinder! It was then he discovers that it was a dragon did it, and the dragon threatens to burn Mr. Tickle to a crisp! However, Mr. Tickle tickles the dragon and gets him to use his fire for good, such as heating up the water in Little Miss Splendid's pool, melting the frost outside Mr. Bump's garden path, Mr. Forgetful's cup of coffee that he forgot about, and cooking Mr. Greedy's sausages. After that, the dragon feels much better. 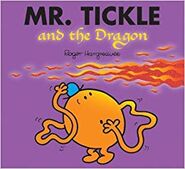 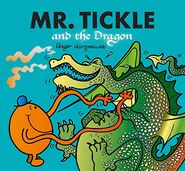 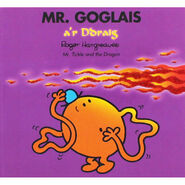 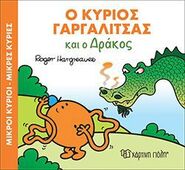 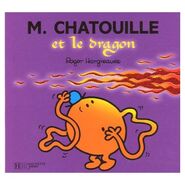 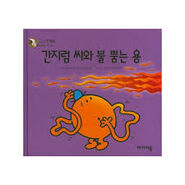 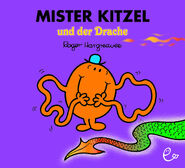 German cover
Add a photo to this gallery
Retrieved from "https://mrmen.fandom.com/wiki/Mr._Tickle_and_the_Dragon?oldid=63179"
Community content is available under CC-BY-SA unless otherwise noted.